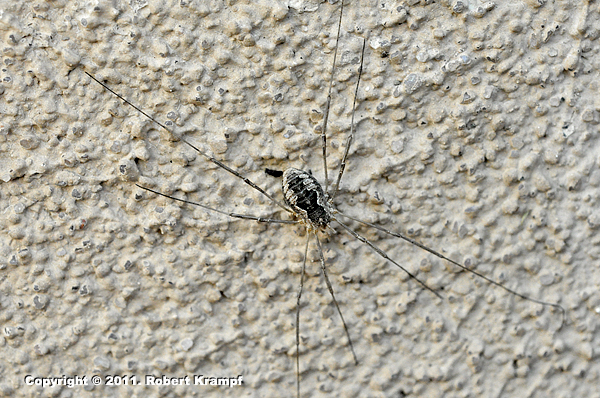 In spite of the urban legend about deadly venom, most people know that the Harvestman has no venom at all. Then how does it protect itself?

These are indeed amazing creatures, and they have quite a few different ways to protect themselves. They tend to stay in large groups, sometimes groups of several hundred. As with other herds and flocks, living in a group offers the individual a good chance that someone else will be eaten instead.

The "herd" will also quiver and sway if disturbed, which can disorient a predator in the same way as the patterns of a herd of zebra.

They are also capable of autotomy, which means intentionally losing a part of your body, just as some lizards can lose their tails. In the case of the Harvestman, they can detach one or more of their legs, and the legs twitch for up to an hour after being detached. This distracts predators, allowing the harvestman to escape.

They also use chemical defenses, producing chemicals that repel predators, especially ants. Some of the chemicals are produced by glands by the legs, while others are regurgitated. When the two mix, it produces a very effective ant repellant. 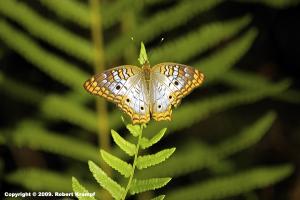 Question:
What is special about a butterfly's feet?