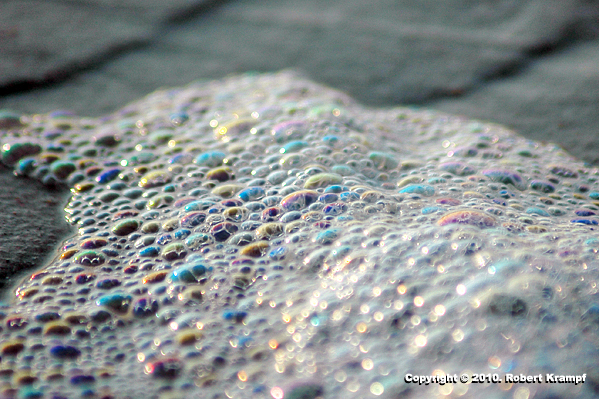 Why are these bubbles different colors?

Because the light waves are out of step, some of them are cancelled out. If one wave is up (crest) and the other wave is down (trough), then they cancel, and you don't see any of that color light.

If the film is even thicker, then you go back to yellow again, and then magenta, blue, and back to blue-green, and so on. 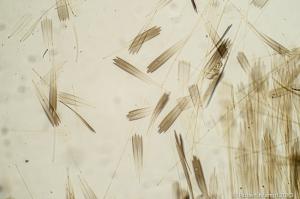 Question:
Another microscopic photo. These tiny structures define an entire group of organisms, even giving them their name. What are they from?