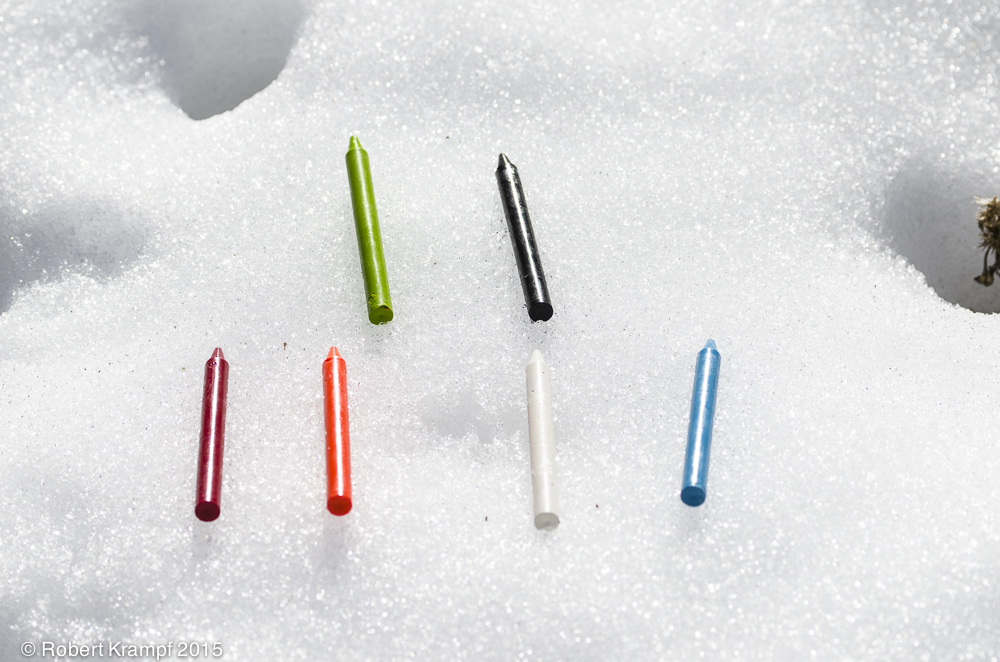 If you are lucky enough to have some snow, this is a simple experiment you can use to learn about sunlight and energy. It fits nicely into discussions of solar energy and how energy changes from one form to another.

Find a flat, sunny patch of snow, and place the crayons gently on the surface. Write down the starting time, and you may want to take a photo of the start, as I did with the photo at the top of this page.

After 15 minutes, check to see if anything has changed. Write down your observations. Keep checking every 15 minutes or so. 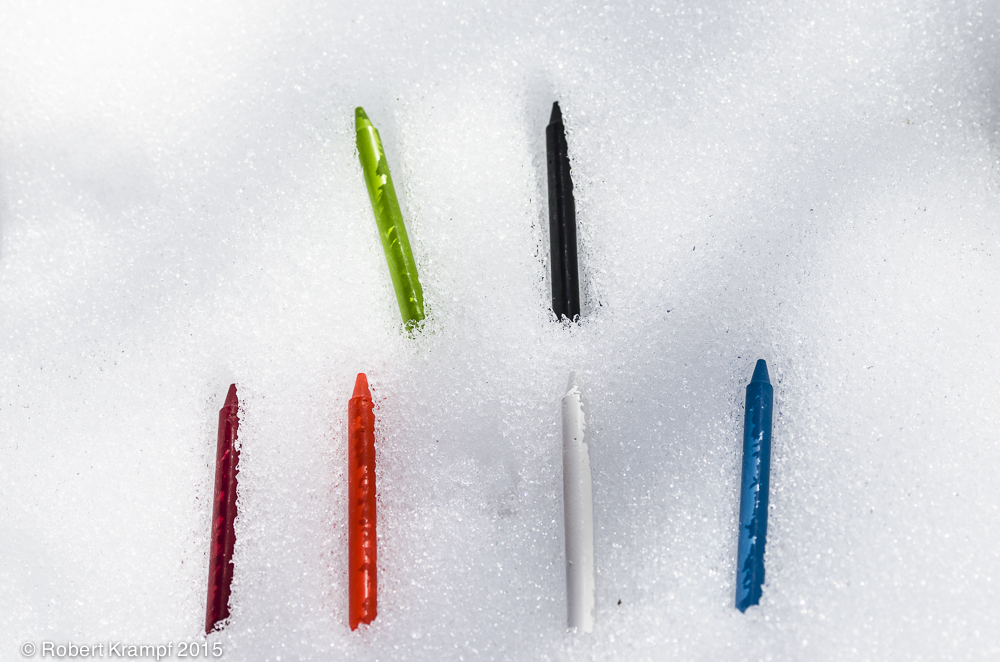 This photograph was taken 30 minutes after I placed the crayons on the snow. Notice that while the white crayon is still on the surface, the others have all melted slightly into the snow, and the black crayon has melted the deepest hole. 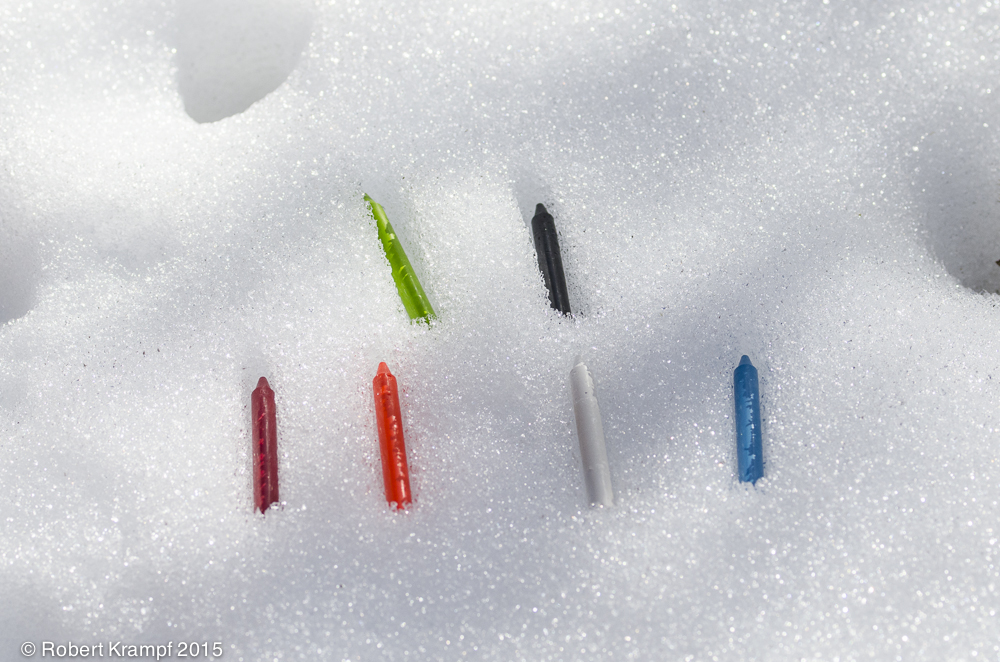 But why would that cause the black crayon to melt the snow faster? One of the interesting things about energy is that we cannot get rid of it. It never goes away, but it may change from one kind of energy to another. The red crayon reflects the red light, and absorbs the other colors. That absorbed light energy is converted into heat, making the crayon warmer. Since the light energy that is absorbed is changed into heat, the crayon that absorbs the most light will be the warmest. Since the black crayon absorbed the most light, it had more heat energy to melt the snow.

On the other hand, the white crayon reflected most of the light, and absorbed very little. That means that it did not have much light energy to convert into heat, so it did not melt the snow.

This idea has some very useful applications. Imagine that you wanted to use solar energy to heat water for your house. You would want the container that held the water to absorb as much light energy as possible, so it could convert that light into heat. What color should it be?