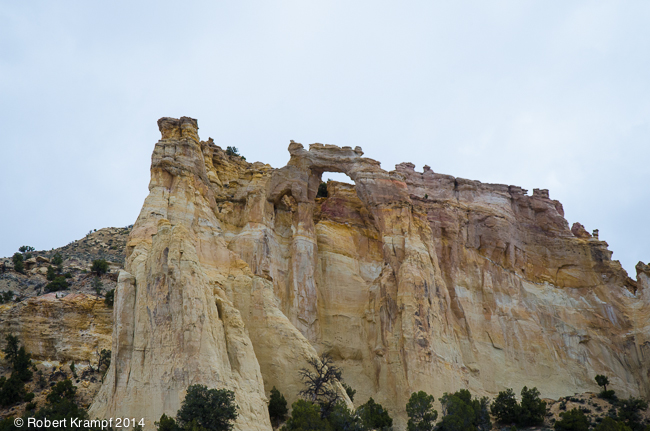 Now that my vertigo has finally verti-gone, I can get out in the field again without worrying that I will fall on my face (at least any more than usual.) This week I helped with a training session on Presenting Science to the Public for some of the staff of the Grand Staircase Escalante National Monument. Over the years, I have had the extreme pleasure of visiting National Parks, Monuments, and wildlife refuges across the country, and I am delighted to live close enough to give back by volunteering at the Grand Staircase.

Part of the training was a field trip. I joined Kevin Miller (Science Program Administrator) and Alan Titus (Monument Paleontologist) in showing staff from the Visitor’s Centers some of the marvels and treasures that GSENM has. 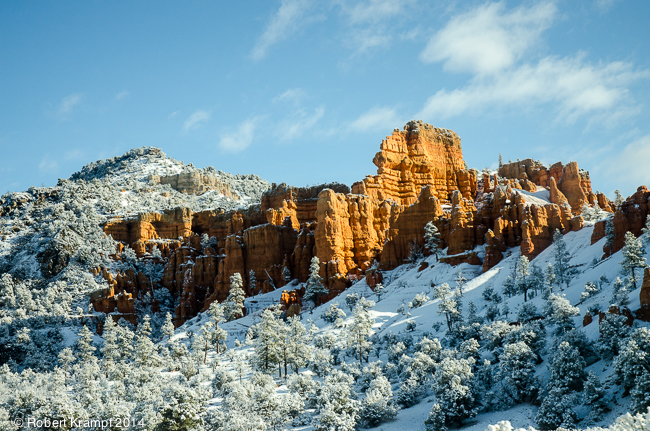 It had snowed the day before, and we were not sure that we would be able to reach some of the sites. The drive up through Red Rocks was beautiful. Luckily, by the time we reached the Cannonville Visitor Center, the weather was much more suitable for exploring the Monument’s geology.

My part of the program was sharing techniques for imagining the huge span of geologic time, for understanding what the geologic record can tell us, and covering some of the many of the misconceptions that most people have about dinosaurs. I spent the rest of the time trying to soak up every word that Alan and Kevin said, and I learned a LOT. 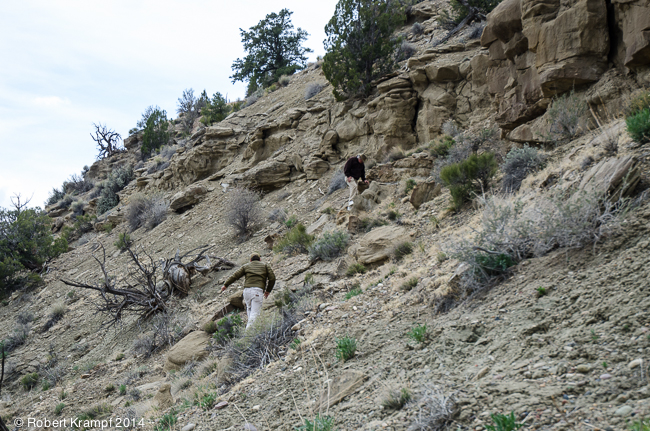 The best part of the day was walking the rocks, and actually finding dinosaur bones. GSENM is one of the most exciting areas of dinosaur research in the world, with a flood of new discoveries. The rocks we walked were Late Cretaceous (Kaiparowits Formation), about 80 million years old. 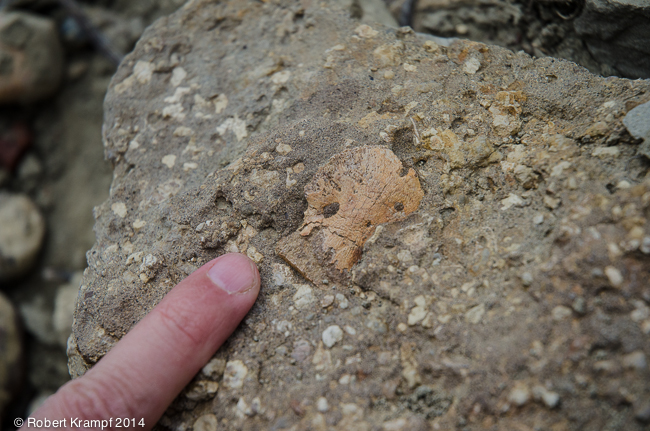 Toe bone of a juvenile hadrosaur.

In a few minutes of exploring, we found several bones, including a large tibia (leg bone) that will have to be excavated to find out what dinosaur it came from, and a toe bone from a juvenile hadrosaur (one of the “duck-billed” dinosaurs.) Both were noted for later excavation. 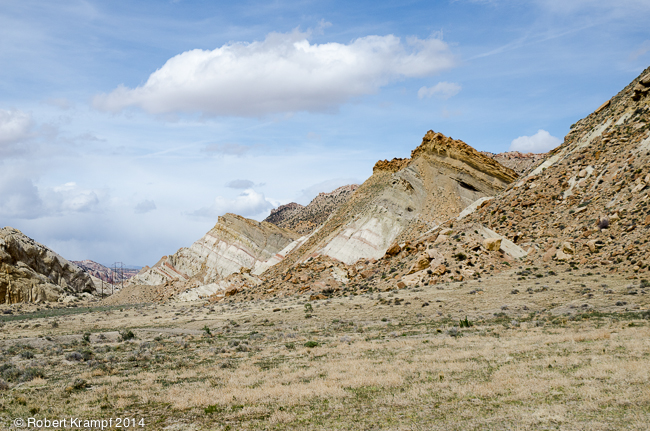 On the way back to Kanab, we drove down the Cottonwood Canyon road, following along with the new road log. Riding with Kevin and Alan gave me plenty of time to ask questions and soak up information. All in all, it was a marvelous day.