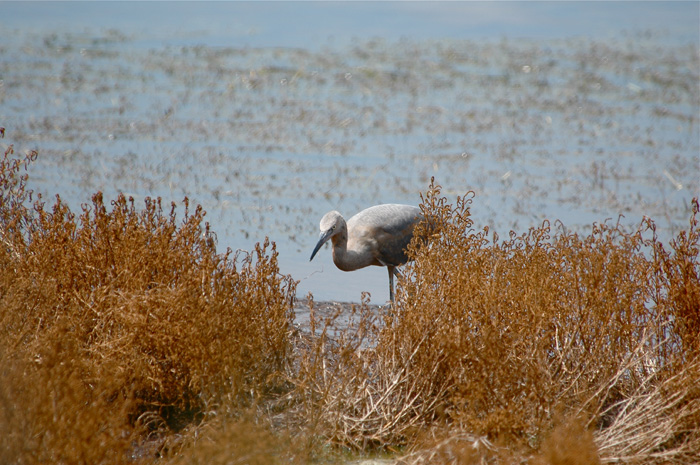 After the Blue Heron drive, I headed towards Merritt Island, planning to take the Black Point Drive. When I got there, they were paving the road, so I went to the BioLab road instead. Heading north on Hwy 3, you will see a sign for the BioLab. Take that road and watch on the right for BioLab road. It is a narrow, gravel road that winds along the water's edge, giving you brackish water on one side, and fresh water marsh on the other. 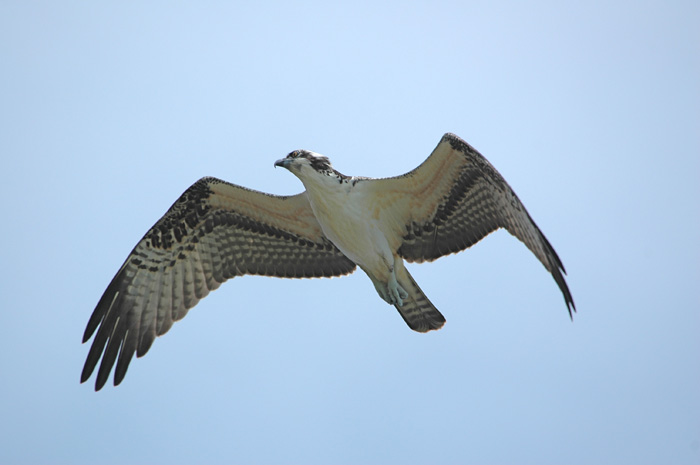 I always enjoy photographing flying birds. This one was spur of the moment, grabbing the camera and leaning out the window to get a few shots. Most of them were blurry, or just a wing or a tail, but a few of them usually turn out. 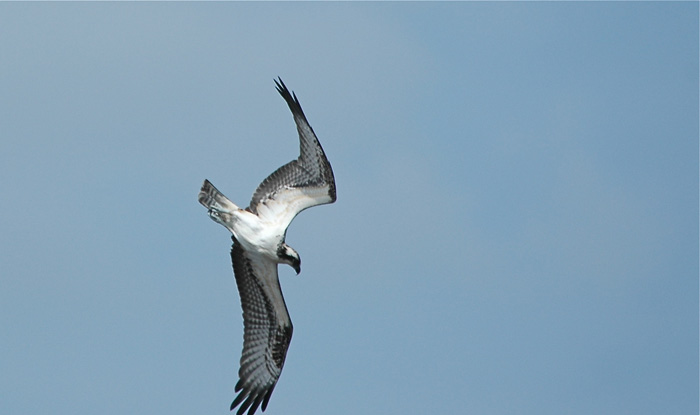 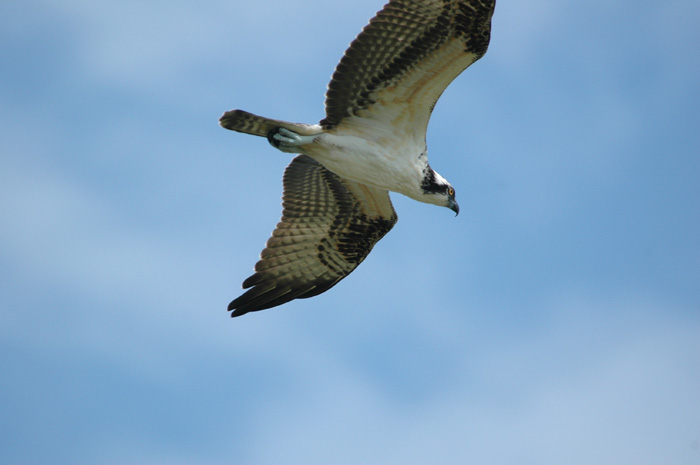 This one I took hanging out the window, upside down, trying to get one last shot of him. 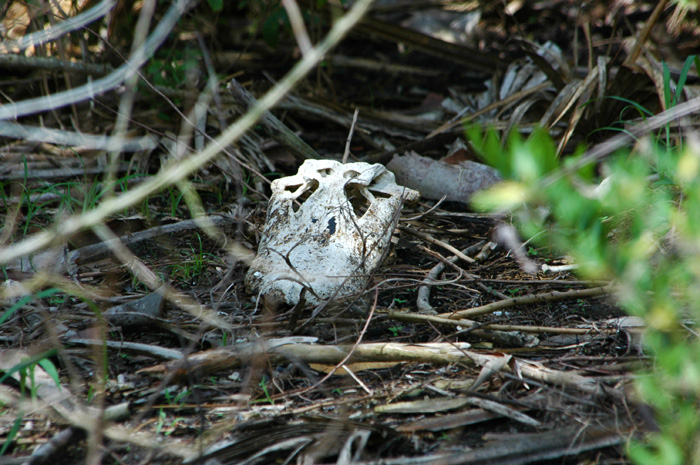 While I was watching for birds, I caught a glimpse of white in the bushes. Backing up, I saw this alligator skull sitting there. I am not surprised that no one has collected it, first because it is in the National Wildlife Refuge, and second because you would have to swim a wide channel of water to get to it. Since some of his relatives are probably nearby, most people would not want to join them for a swim. 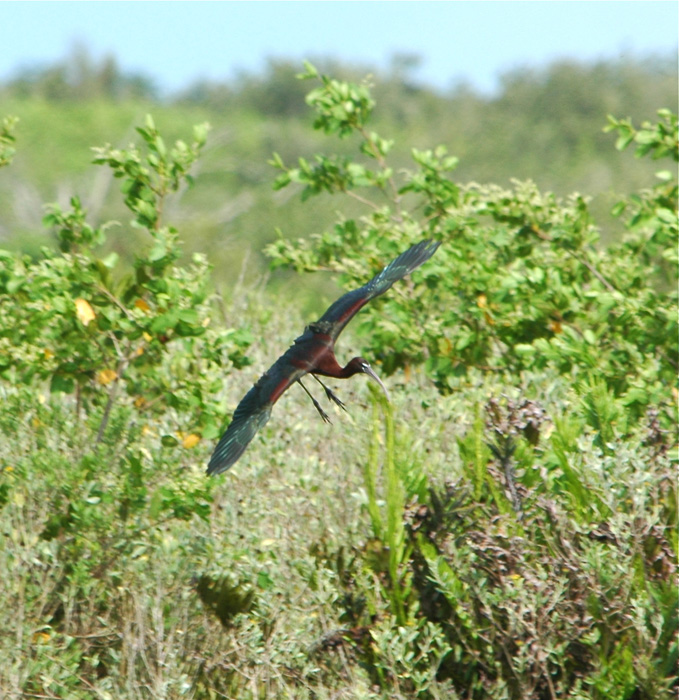 Driving on, I came across a mixed group of Ibis feeding in the marsh. The sunlight really brought out the colors on the Glossy Ibis. 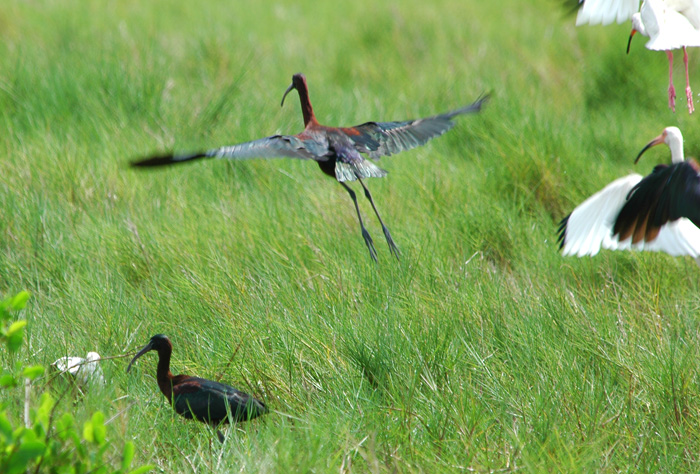 The White Ibis provided a nice contrast to the dark Glossys. 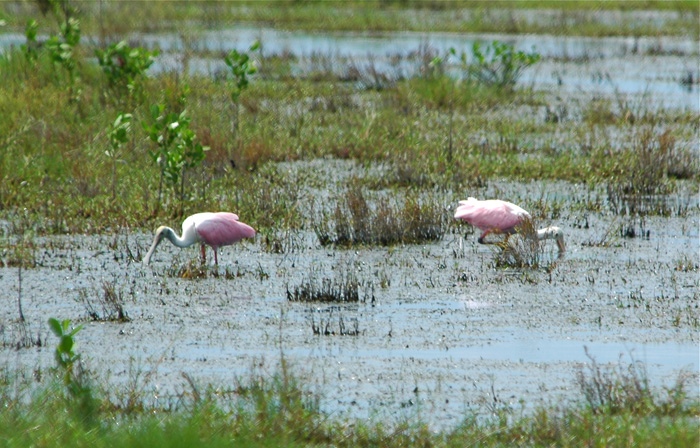 I wound up the drive with a nice pair of Roseate Spoonbills. They are common in Merritt Island, but it is always a joy to see them. All in all, it was a marvelous day of nature.