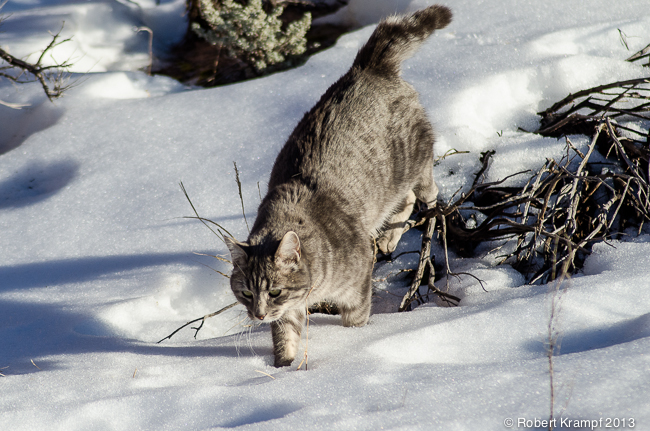 Although we have had several days with lots of sun and temperatures up in the 60's, there is still a lot of snow on the ground. Why hasn't it melted away?

Actually, several things have worked together to keep our snow around.

First, the white snow reflects most of the Sun's energy. Notice that the only places where the snow is melted is around dark colored objects, such as the branches. Those objects absorbed more energy, converting much of it to heat.

Second, the ground under the snow is still frozen solid. That cold ground helps keep the snow cold enough to stay frozen.

Fourth, this is a north-facing slope, which means that it is mostly in shade this time of year. Less sunlight means less heating.

Thanks to those four things, our snow will probably be around for weeks.

Question:
Wild Turkeys are native to North America, but English settlers brought turkeys with them from Europe. Where did the European turkeys come from?