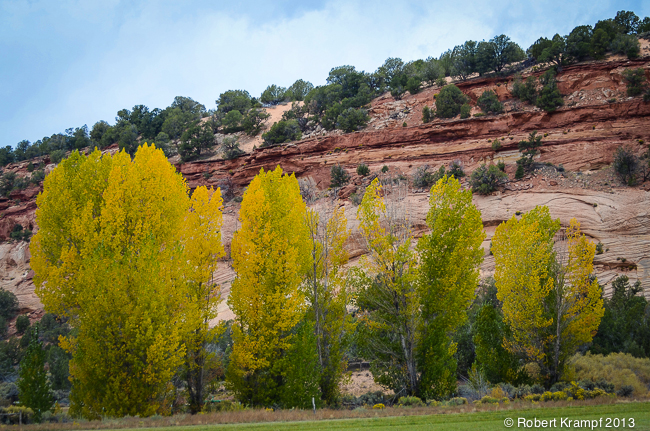 Although we have had several freezes, the leaves here are just starting to change. Every year, the leaves start changing colors in the North first, and then the color change spreads South. This is not due to the temperature. What causes it?

Much of the cause is the length of the night. Studies have shown that it is not how many hours of light, but how many hours of darkness that controls many processes in plants. Growers can keep flowers from blooming by exposing them to a few minutes of light in the middle of the night. This lets them get all the flowers to bloom at once, for special events like Valentines and Mother's Day. In autumn, nights are longer as you go farther north, so autumn colors start in the North, and move South as the nights get longer.

But if the length of the night was the only controlling factor, every year the leaves would change on the same day. The changing of autumn leaves is also influenced by chemicals such as ethylene gas produced by ripening fruit, and auxins produced in response to several environmental triggers. Once one tree starts to change, it releases chemicals that stimulate others around it to change too. 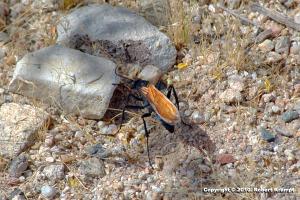 Question:
What is this wasp doing?